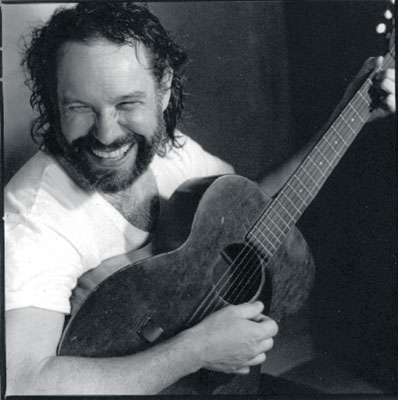 songwriters with middle-class backgrounds jealous of the aura that comes with hardship, so it’s refreshing to see the honesty in John Gorka‘s new song about his own relatively comfortable upbringing (childhood) – Ignorance and Privilege, off his latest release So Dark You See.

The song, by a popular American guitarist/singer/songwriter born in 1958, is full of idioms useful to English students. For a quick vocabulary lesson, read the lyrics below, study the vocabulary notes, and listen to the song.

I was born to ignorance, yes, and lesser poverties
I was born to privilege that I did not see
Lack of pigment in my skin, won a free and easy in
I didn’t know it, but my way was paved

I grew up a Catholic boy, in a northeastern state
A place when asked ‘Where you from’, some people tend to hesitate
Reply a little late, as if maybe you didn’t rate
I was born to privilege and ignorance.

My dad ran a printing press, a tag and label factory
I may have seen it as a child, now a distant memory
Almost too faint to see, dark red brick factory
I didn’t know it but my way was paved

Got to grow and go to school, work at home and dream at night
Even be a college fool, like I had any right
Never went through a war, never Great Depression poor
I didn’t know it, but my way was paved

Nose to the grindstone, shoulder to the wheel
Back against the wall, maybe you know how it feels 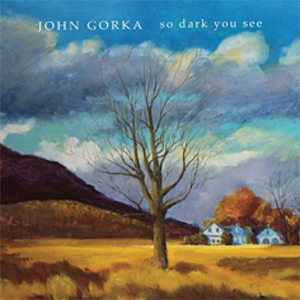 lack of pigment in my skin (lack of means you don’t have it; referring to not having dark skin and therefore not being a victim of racism)

my way was paved (a road paved with asphalt is easier to drive on than an unpaved road; referring to the advantages he had in making his way in life)

grew up (past of grow up, referring to his childhood)

northeastern state (in the northeast US, in his case New Jersey, which perhaps unfairly has a reputation for being a little boring)

hesitate (to pause or wait before speaking or doing something out of fear, indecision, or disinclination)

you didn’t rate (rate refers to rating, a kind of evaluation; here, means you’re not impressive)

a tag and label factory (Gorka’s father was the manager of a factory that printed tags – e.g. price tags on clothing – and labels – e.g. the printed paper on the side of a wine bottle)

too faint to see (not clear, vivid, or bright, so therefore difficult to see)

gravel road (road with small stones rather than asphalt or dirt)

crawl (what a baby does before she/he walks)

the wind is at your back (idiom meaning things are easy for you, you’re lucky)

a college fool (in other words, well-educated but in many ways naive)

nose to the grindstone (working very hard, like a knife sharpener bent over a grindstone sharpening his knife)

shoulder to the wheel (trying very hard to do something difficult, like a horsecart driver in the old days trying to push his cart out of the mud)

back against the wall (in a bad or dangerous situation, without much hope for escape)

“Gorka is an accomplished musician (guitar, banjo, harmonium, occasional percussion),” writes Richard Elliot in a review of Gorka’s newest CD on the website PopMatters, “has a fine baritone voice, and displays a finely-honed knack (well-developed ability) for crafting a telling (effective, striking) lyric.”

When John Gorka sings, he enunciates very clearly, making it easier to understand the lyrics and practice your listening skills in English in an enjoyable way. Give him a try!

It is a beautiful song – the link to Gorka performing it is in the article and also here: https://www.youtube.com/watch?v=vp_Yez3ZhJs

This song is little bit touchy and it’s lyrics are amazing.

I have just red the lyrics, but wanted to listen the song.

So can you give me the video or audio song link of this song on my email id?