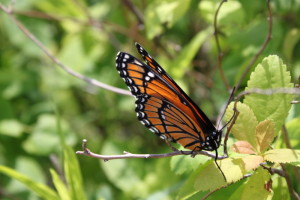 Like or as? For English language learners, this is one of the trickier questions.

To choose the correct form, ask yourself: Is it followed by a verb?

If the answer is yes, use as.

Examples:
As I mentioned previously, the meeting will begin at 9 am.
It sounded as though she would be late.

In each of these examples, the word as is followed by a subject and verb (I mentioned; she would be). In this context, as is a kind of connecting word called a conjunction, and conjunctions can be followed by verbs.

Like, on the other hand, is not a conjunction. So, in the above examples, as is the only correct choice, right? According to most language guides, it is. However, don’t be surprised if you hear a native speaker, in informal speech or writing, use like followed by a verb – for example, like I said before… or it sounded like she would be late.

In her article on like vs. as, Mignon Fogarty aka Grammar Girl gives a good synopsis of the controversy.

For your purposes, as an English language learner, the safest choice is to use as, not like, before a subject and verb.

Now, back to our original question: Is it followed by a verb?

If the answer is no, like and as are both possible, but with a difference in meaning.

Compare these examples:
You look like your sister. (You look similar to your sister.)
As your sister, I’d like to give you some advice. (This might be said by a woman speaking to her brother; she is his sister, so as, not like, is correct.)
You sound like a teacher! (This might be said to a student who is explaining a grammar point to another student. It only makes sense if the person referred to is not really a teacher.)
It’s up to her, as the teacher, to design the curriculum. (She is the teacher.)

“As I said” is correct: conjunction + subject + verb. “Like I said” is not correct (prepositions should not be followed by subject and verb), but it is common in informal speech.

“As I said” or “like I said”.
Which sounds like a more educated reference to a prior statement?

Call me a pedant, but the incorrect use of “like” and “as if” are like nails on a chalkboard to me — as if it is done on purpose.

I fear that the battle of “as if” versus “like” is lost. Even the most educated can be found to commit the grammatical error.