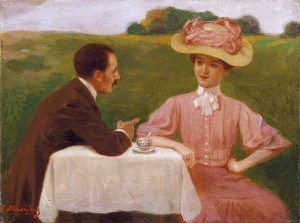 Have you ever cornered a native English speaker and begged her or him to correct you every time you make a mistake in English?

If you have, the experience was probably highly frustrating for both of you.

During an online lesson or an immersion course, a good teacher can take notes on the mistakes a student makes in conversation and later, after the student has talked for a while, explain what was wrong and how to correct it.

But if the native English speaker constantly interrupts the English learner, the conversation will soon grind to a halt, and nothing valuable will be learned. The natural flow and rhythm of a conversation just does not allow for frequent stops and starts. 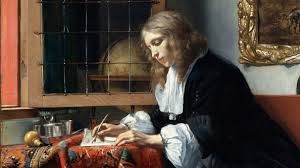 However, put what you have to say in writing, and it’s a completely different story. Now teacher and student have time to examine, together, all the small differences between how the student says something in English and how a native speaker of English would say the same thing. This is the surest way to really make progress with the English you produce, whether in writing or speaking.

To see the power of this kind of close examination in action, let’s look at a few paragraphs of an essay by one of our English immersion course students, an essay about the phenomenon of e-mail. The student’s English level is high (she is a native Spanish speaker), and there is no problem at all with clarity, with understanding what she is saying.

Nevertheless, using language in an idiomatic way – in the natural way of a native speaker – is challenging, even for advanced students. At Acadia Center, students expect us to be picky and exacting – after all, how else can you become truly confident that you are expressing yourself in English the way you want to?

In the student’s essay copied below, words to be added are in bold, with changes explained after each paragraph.

“The electronic mail, known as e-mail, was invented by Shiva Ayyadurai. He was 14 years old when he started to work on the project at the University of Medicine and Dentistry of New Jersey. His project was converted a memorandum into the computer system.”

“Electronic mail, known as e-mail, was invented by Shiva Ayyadurai. He was 14 years old when he started to work on the project at the University of Medicine and Dentistry of New Jersey. His project was to convert the transmission method of memos from manual to electronic.”

Delete the definite article the before the phrase electronic mail. This is a common trouble spot for Spanish speakers, since a translation into Spanish would call for a definite article here. In English, if you are speaking of something in general terms and using an uncountable noun, no article should be used.

His project was converted… To express purpose or objective, use the infinitive form, not a verb in a verb tense.

Patent is followed by the preposition for.

Use the preposition in when referring to anything more general than a day or date. Use at for a specific time (at 8 am), and on for a day or date (on Wednesday, on September 8).

The student was right to use the preposition until to emphasize the surprise in the fact that it took Ayyadurai so long to get his patent; however, the verb used with until needs to be in the negative. If the verb is positive, it becomes a simple statement of fact, without the emphasis on surprise, and the preposition used would be in rather than until.

“Actually the e-mail is one of the most important means of communication on business and in personal life. We can have contact with all people around the world immediately. Before we used to send letter written by hand by courier, it was very slow way to be in touch with someone. We didn’t often use the phone because this service was very expensive.”

“Now e-mail is one of the most important means of communication in business and in personal life. We can have contact with everyone around the world immediately. Before we used to send hand-written letters by courier; it was a very slow way to be in touch with someone. We didn’t often use the phone because this service was very expensive.”

Another very common mistake by Spanish speakers, who understandably assume that actually in English and actualmente in Spanish must mean the same thing since they look so similar. Actually in English is used to state a fact, often in the form of a correction – for example, “You lived in Peru, didn’t you?” “Actually it was Colombia.” To say that something is true now, in the present, use now or currently as adverbs and current as an adjective.

Instead of using all with people and things in general, we usually prefer to use everyone or everybody, not all people, and everything, not all things, except in certain fixed idioms such as all things being equal…

In is the preposition to use for an area or aspect of something, e.g. in business and in personal life.

“The e-mail help us to be efficient in work. I usually receive an average of 20 mails per day. I need to reply them and work on the tasks related of these e-mails. Sometimes I expend one hour just writing an e-mail because I double check the grammar to make me look good.”

“E-mail helps us be efficient in work. I usually receive an average of 20 e-mails per day. I need to reply to them and work on the tasks related to these e-mails. Sometimes I spend one hour just writing an e-mail because I double check the grammar to make me look good.”

Help is an unusual verb in that it can be followed by either a verb in the infinitive (to be), as here, or by a verb in the base form (be). E-mail helps us be efficient (leaving out the infintive marker to) would probably sound more natural to a native English speaker, following the principle that shorter is better.

Before the invention of electronic mail, mail was almost always an uncountable noun, which meant that you could talk about letters and packages in the plural but not mails. For the word mail by itself, that still holds true. But e-mail can be either uncountable or countable depending on the context. In e-mail helps us to be efficient, e-mail is used in the general sense and is uncountable; in I get 20 e-mails a day it’s countable and can be plural. In short, say e-mails or messages, not mails.

After reply, use to. After answer, no preposition is used – reply to the message, answer the message.

After relate or related, use to, not of or with.

Use the verb spend with time and money. Expend is used more with the word energy – he expended so much energy setting up the climbing rope that he had to take a rest before continuing the ascent.

I want to emphasize that even before the edits, this was an excellently written essay. But even an advanced English student can benefit from a close look at the small details. That’s the best way for intermediate or advanced students to raise their English to the next level, and that’s why at Acadia Center, when it comes to the small details and differences, we try hard to be picky!

We would be happy to help. We offer online English lessons via Skype all year, and also English immersion courses in Maine, USA, from April through October. Contact us with any questions!

i’m looking for a mentor who can help me improve my communication skills both oral an written.

I was looking for some ways to know learning grammar, thanks for your information.